Largest Cuckoo Clock in the World!

Triberg offers fun for the entire family. Whether you are here to enjoy cuckoos, try some Black Forest Cake, hike up to the falls or visit the museum, you are in for a treat. 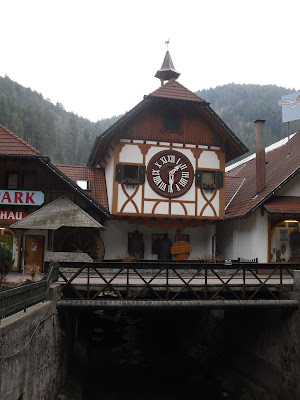 Yes, you are seeing what you think. That building is a cuckoo clock.
It has been entered in the Guiness book of world records since 1997. 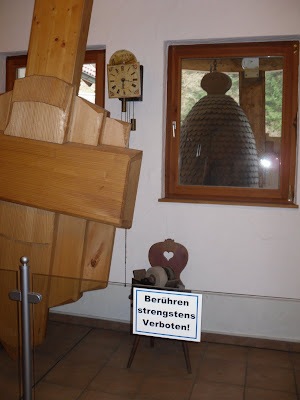 You can go inside for a tour.  It is a nominal fee.  Notice the weight outside the window.
The sign says in German "Touching strictly forbidden." 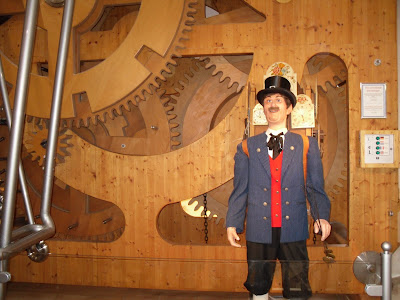 As you head upstairs you are greeted by your automated guide. You press a button and he will speak to you in English and tell you about the "workings" and the history of this giant cuckoo.
How did cuckoo clocks come to be you ask?
A story that is often repeated is that Franz Anton Ketterer invented the cuckoo clock in 1730. On investigation, this is not true. There were handbooks as early as 1650 which stated that the "cuckoo" had been placed in clocks. It took almost a century for the "cuckoo clocks" to find it's way to the Black Forest, where for many years it remained a niche item. The first Black Forest cuckoo clocks were created between 1740 and 1750. 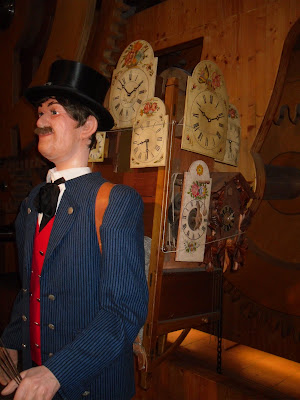 It is undeniable though, that the Black Forest people developed the cuckoo clock industry.  They are still coming up with new designs.
Notice our guide has a  pack on his back.  He is an  "Uhrenträger" (Literal translation means Clock-carrier but, in this case, it is more like a clock peddler) At one time, these clocks were sold in just this way, peddling them door to door.  In fact, the Uhrenträgerweg (Clock-Peddler Path) is a very popular hiking route in the Black Forest. 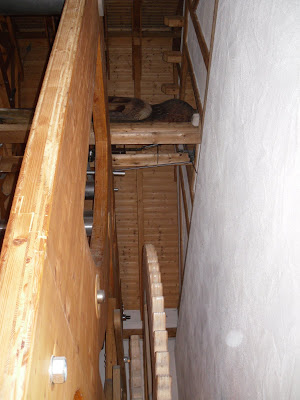 The brown bird at the top is the "cuckoo" waiting for the hour to strike so it can go out and make its distinctive call. 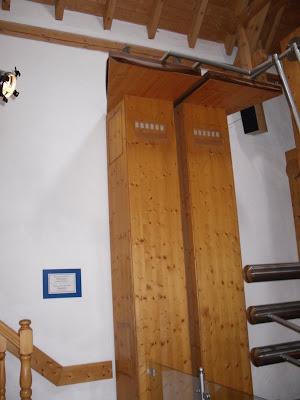 The giant bellows that create the "cuckoo's" call. 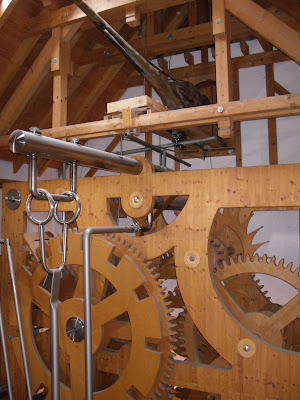 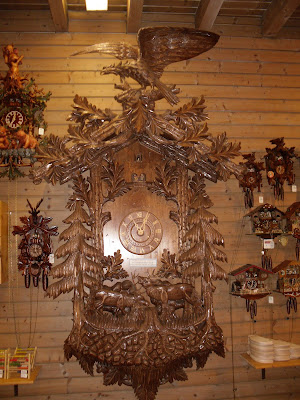 When you are finished with the tour, it dumps you out into the cuckoo clock shop.
Look at this giant cuckoo clock by all the normal size ones. 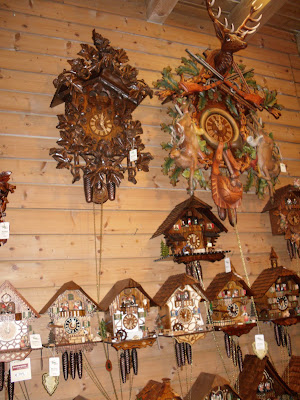 The clock to the top and right is for my friends who hunt.
Guns and a poor little deer on the top.

Now for the smaller children and the big kids too. I recommend you head over to Hornberg which is only a few miles away. 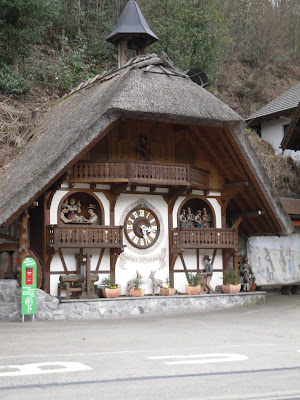 This is the Hornberg clock. When it plays 20 life-size figures, spin, jump and move to music.  Children just love it. The beauty of  this clock is that you don't have to wait around to hear it play.  By placing 1 euro in a box you can see this delightful show on your child's demand. 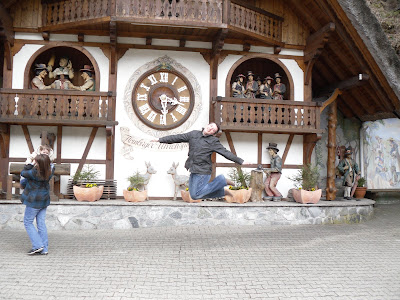 There goes that son-in-law jumping for joy again.  He's not "typical" British is he? Not reserved at all.
I don't have an address for the clock but, you can't miss it as you enter Hornberg. 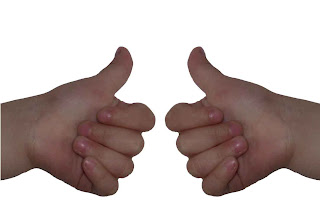 Jonah is our guest thumb upper today!  He LOVED Hornberg clock and gives it two thumbs up.
Tomorrow we will eat Black Forest Cake on the blog.
Posted by Mimi at 12:16 PM