When my cousin said they were taking us to eat lunch near the "Bear Pit" in Bern, my first question was,
"What is a bear pit?"
Her reply, "Where they keep bears?"
"You mean, REAL bears?" I asked.
"Yup."
What's this all about?
So Terry filled me in.
Step back with me in history to the year 1160.
It seems that the founder of Bern, Berchthold V, Duke of Zähringen, who may have been just a touch eccentric, said he'd name the city after the first animal he hunted and killed on the site of the new city.
As it happened, it was a bear.

They say the city has always had a bear depicted on it's seal and flag.
I wanted to know how long they had kept bears like this in Bern. 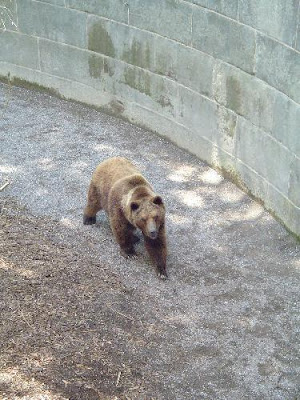 Historically, the first record that there were bears being kept in Bern, comes from 1441.  Someone accidently found in the city documents a notice that the town council ordered sacks of acorns to feed the bears. 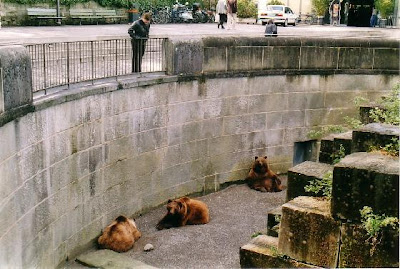 The bear-pit is has been located near the Nydegg Bridge since 1857.
Polly took this photo a few years ago.
It seemed a bit sad to me to keep wild animals like this, although I suppose it's no different to a zoo. 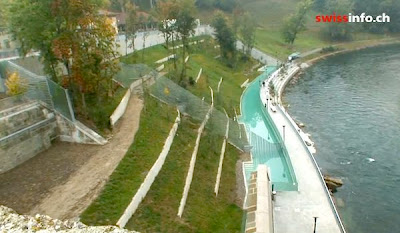 You can't imagine how delighted I was to find that since October 2009, the bears have been moved out of the pit to a new PARK.  Here they may roam free, catch fish from the river and forage for their own food.

Here Finn (male) and Björk (female) have mated and have produced 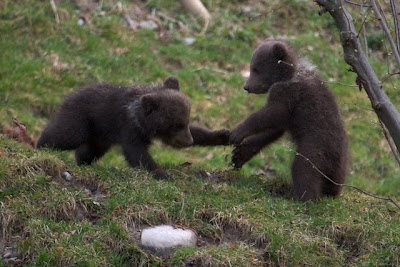 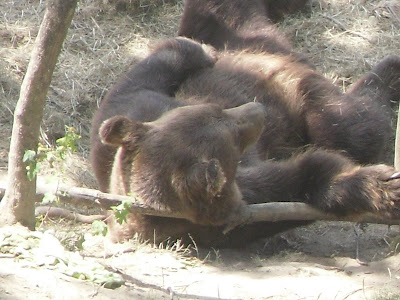 Finn has had to be separated from the cubs.  Apparently bears have no "fatherly" feelings and would eat the cubs.  I took this picture when we visited.  He was lazing around and didn't seem to mind at all. 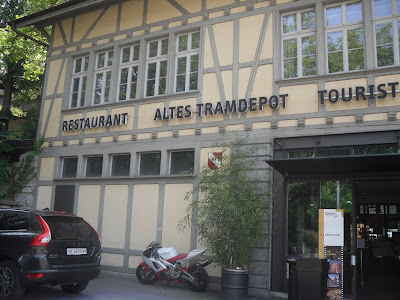 We had lunch here at the Altes Tramdepot.
Grosser Muristalden 6
3006, Bern

This restaurant is also a microbrewery where they brew "Tram-beer" twice a week.
It has no chemical additives. 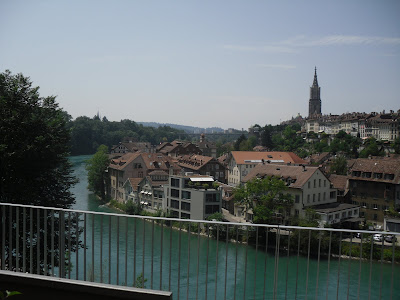 We had a lovely view of the river from our table.  We ordered our food 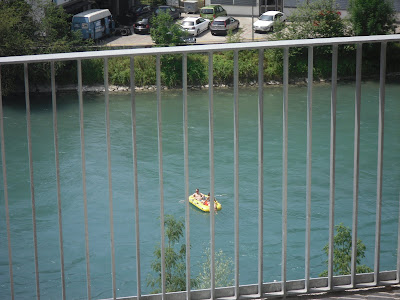 and watched the rafters and swimmers who put in up-river and float down the fast moving Aare. 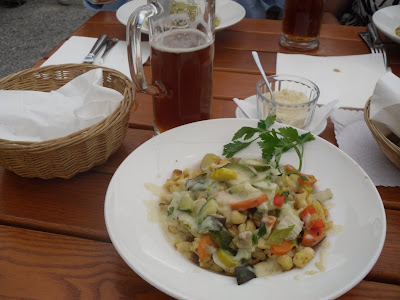 The food was good but the men say the  restaurant home brewed beer was better. 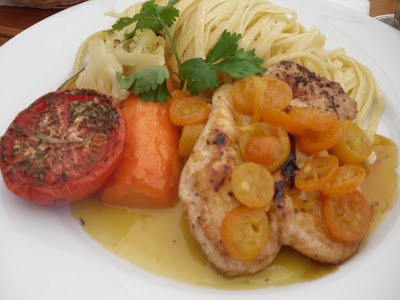 Terry's chicken with kumquats wins the prize for prettiest presentation.
After lunch we hopped the tram back to Terry and Rich's new home.
What a fun, lovely day we had!
Thanks for lunch guys. 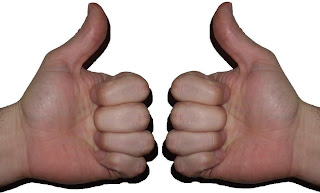 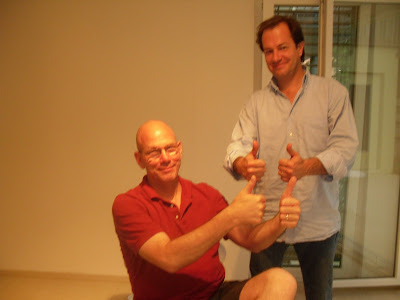 Rich and Mac give having family back together 4 thumbs up!
Little do they know what their two little Maine girls could get up to.
Watch out boys, we might just tear up this town!