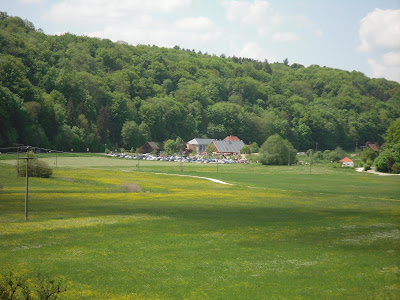 Charlottenhöhle complex
Giengen-Hürben
Kiosk cave entrance, telephone:
07324 7296
Cost to enter cave 3.50 Euro
Car Park is Free
Mac and I love exploring for you readers.  We had a wonderful adventure with our friend Jonny from England this weekend.
We set off to see THE CHARLOTTE CAVE.  This cave was named after Queen Charlotte of Württemberg  and discovered in 1893 by the forester Hermann Emil Sihler.  He tried to enter the cave but was not successful.
Later that year on May 7th, three men, Jakob Beutler, Friedrich Strauss und Kaspar Schlumpberger were able to descend into the cave with a rope ladder. They were unable to investigate any further because a huge pile of animal bones blocked the way.  Two days later, under the supervision of Hermann Sihler they cleared the bones away and were able to explore the cave. 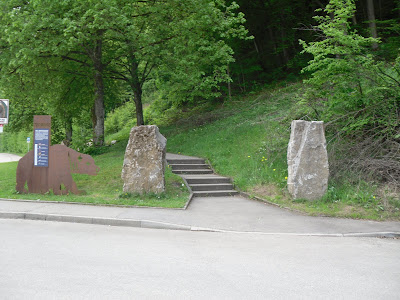 The trail up to the cave is located across the street from the large car park.
You will purchase your ticket at the kiosk by cave entrance. 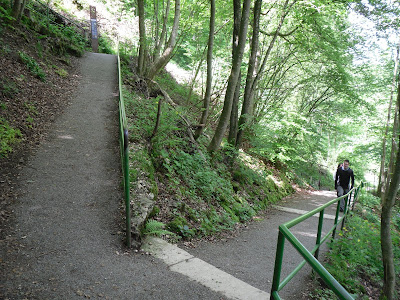 The path to the cave is steep. Wear good walking shoes and take it slow.
A small flashlight wouldn't go amiss as sometimes the lighting in the cave is too low to see your feet. 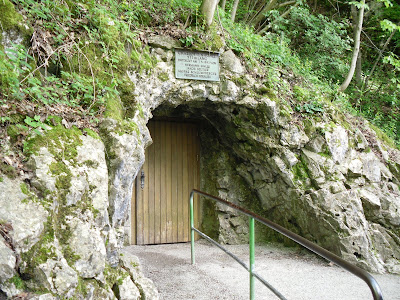 This is the entrance to the cave. Make sure you have a sweater as it's a bit cool and damp.  This is one of the longest caves in Southern Gemany and measures 587 meters long. (That is approximately 1,926 feet) 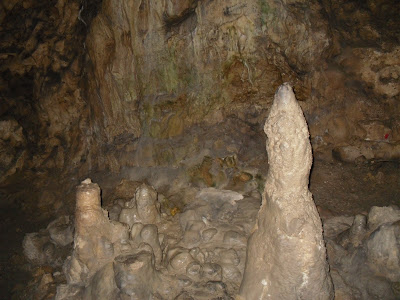 They say the Charlottenhöhle was formed about two and a half to three million years ago by an underground river.
When the river stopped flowing, the cave dried out. Animal bones of bears, lions, rhinoceros, deer, bison and wild horses were found in the interior of this cave dating to the Pleistocene era. 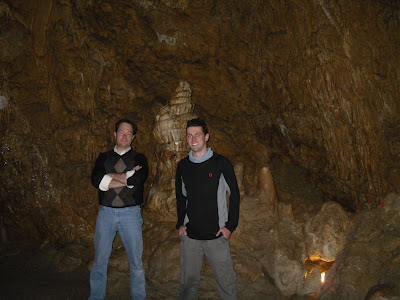 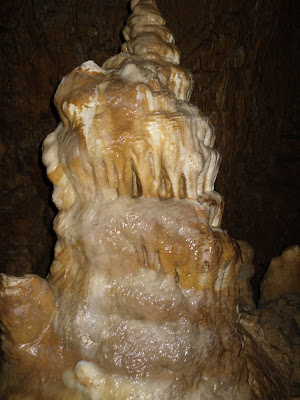 "Leaning tower" close up.  Our guide says it looks more like a "Wedding Cake".
What do you think? 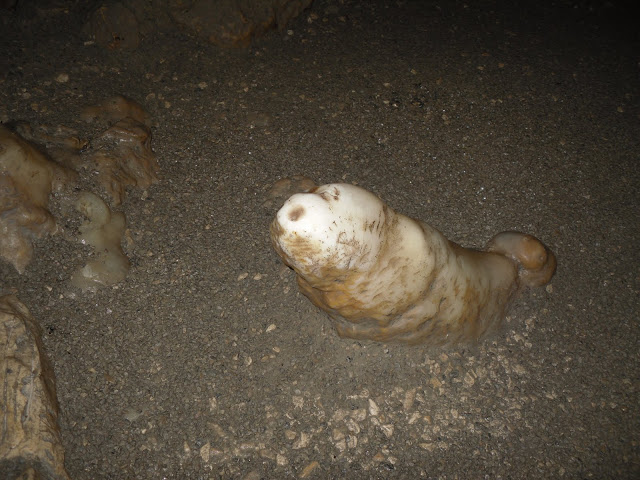 This is what they call in German "der Seehund".
That means "seal" in English.
This is the favorite attraction in the cave for children. Normally, stalagmites are not allowed to be touched in caves, but children through the years have been allowed  to touch this formation which, has resulted in this cute little seal. 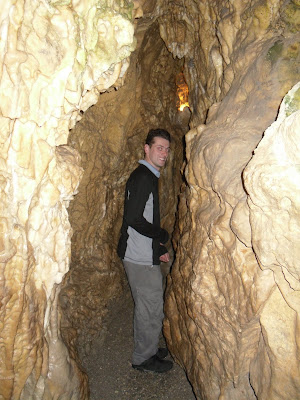 Jonny squeezing through a passageway. 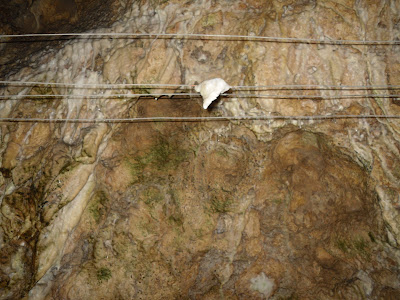 They left a section of the original wiring dating from 1893 as a stalactite had formed on the wire. 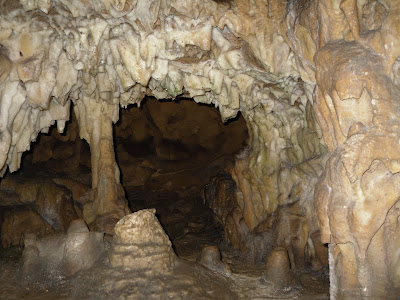 The Charlotte cave is a fun day out for the family if you are stationed over here near Stuttgart.
If you are just an armchair traveler, I hope you enjoyed the pictures of our adventure. 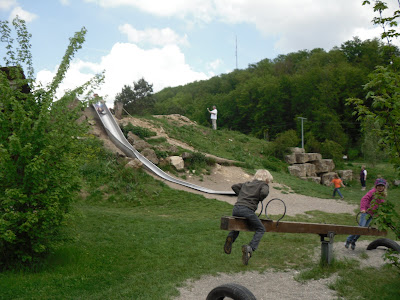 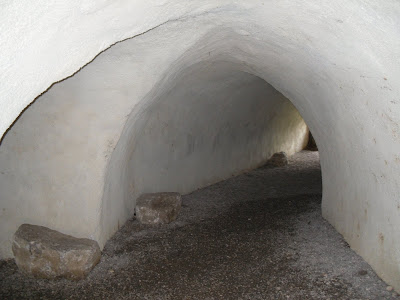 with man-made caves to explore.

This recreation area has food concessions with tables and chairs. For those visitors that prefer to picnic, they provide picnic tables or a lawn area to spread out blankets.
There are lovely hiking and biking trails all through this area for those of you who'd like to spend the entire day exploring. 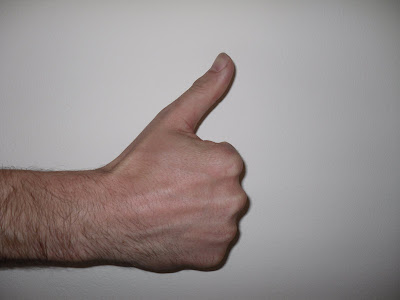 We have a guest thumbs upper today.
We asked Jonny what he thought and he gave Charlottenhöhle the thumbs up!