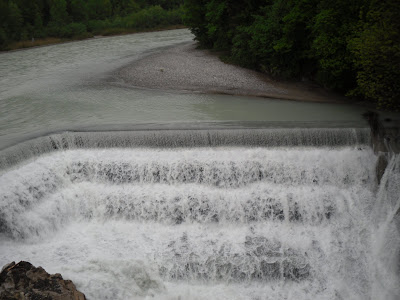 Mac and I decided to stop when we saw a sign for Lechfall.  We knew that meant a waterfall was about.  We found the falls as we were leaving  Füssen  toward Tirol. 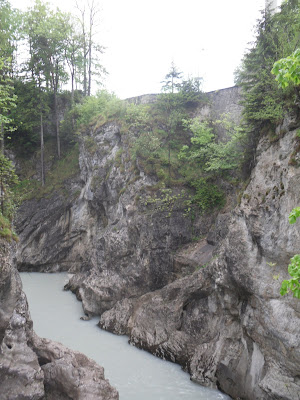 This is a wonderful place to hike.  Trails are honeycombed through the area. From here the paths lead to the fairytale castles of King Ludwig.
I wish you could see the cobalt blue of these waters, but pictures can't explain the color.  You need to see it for yourself. 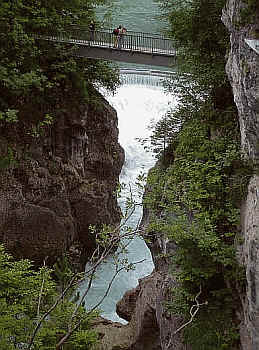 They say the Lech gorge was formed from a melting glacier. 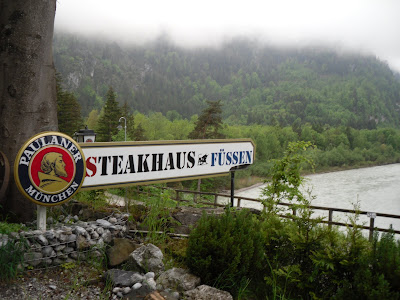 At this point, it was getting late and we knew we needed to stop soon to find a pension. A pension is usually in someone's home.  I suppose it's what we'd call a bed and breakfast in England and America. 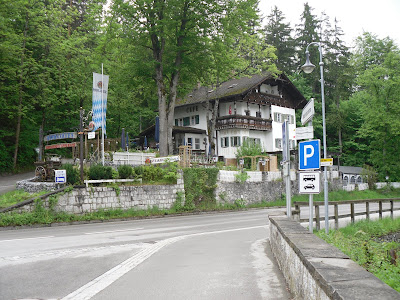 Right across the street from the falls we spotted a Steakhouse and thought it would be nice to have a bite to eat before heading off to find accomodations.
Pension and Restaurant
Tiroler Str. 31
D-87629 Füssen 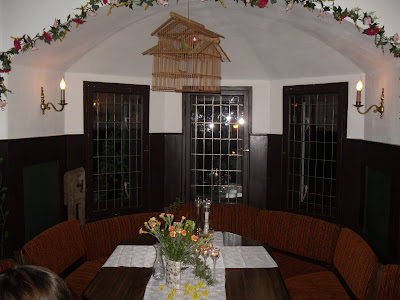 We thought the dinningroom charming and old world.
I checked and they have English menus if you can't read German.
Our waitress spoke English to the Japanese guests seated in the corner. 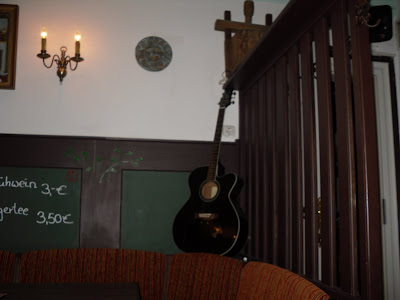 They even provide a guitar for any guests wanting to play and sing.
When we used to hike with our landords Helmut and Margit, he'd often pick up a guitar in the hill huts and lead us in a sing-a-long.  Mac, I wish you could play...... 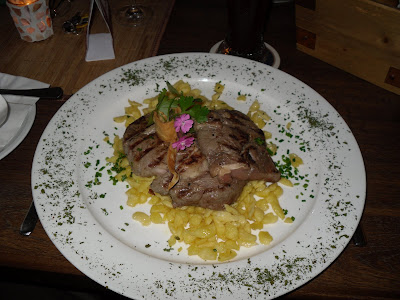 Mac of course had the steak.  He loved it.
TOO MUCH RED MEAT MAC!
What will I do if you can't travel with me anymore? 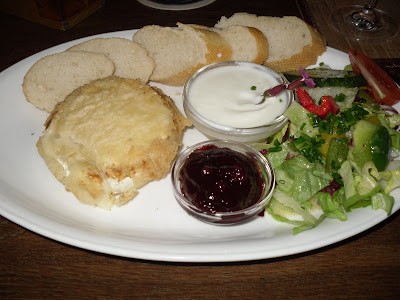 I had baked camembert cheese with a home-made beer batter.  It was served with cranberry sauce and salad with a yogurt dressing.
This was out of this world.  I did get the recipe from the cook to share with you all in another blog.
As we discussed with our waitress the history of the house, we discovered that they had one single room and four double rooms in their home as a pension.
We were thrilled as we knew we didn't have to press on and could just relax here.
The waitress also informed us that the history of the house included an eccentric lady who owned monkeys.
Although we didn't find out which room it was, one of the rooms at one time was just for the monkeys. 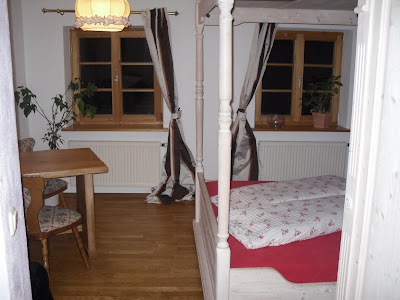 Those little creatures are long gone and we found a charming room with T.V.
The price was 40 Euro per person which is normal for a pension. 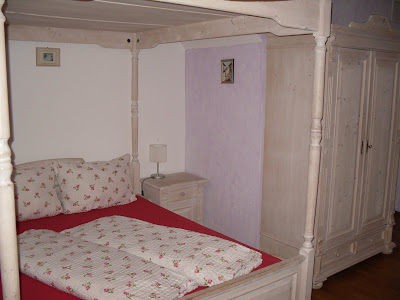 They were also kind enough to provide us with wireless internet connection.
The bedsheets were red and one wall had a purple wash to it.
It made me miss my REDHAT girls! 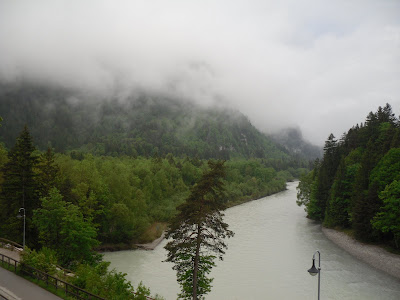 I slept like a baby. The sound of rushing water always lulls me to sleep.
I awoke refreshed and loving the view from the window. 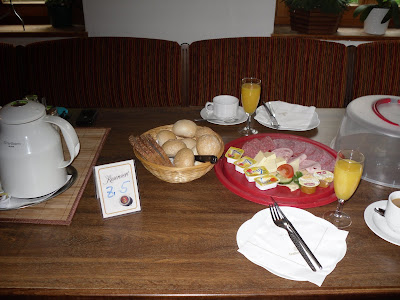 We told them what time we wanted breakfast and found the coffee and typical cold meats, cheese and rolls that constitute a German breakfast waiting for us. 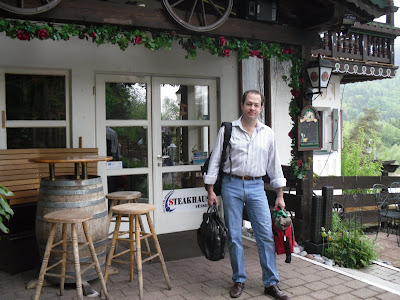 Mac really enjoyed it here...he says there's no time for a thumbs up because we must get to Lake Garda, Italy  for Memorial Day Weekend.
I can't wait!