Those of you who know me well, KNOW that I love to cook.
The kitchen is my favorite place in the house.
My goal living in Europe again, is to take as many cooking courses as I can.
I picked up the USO Kiosk magazine and discovered
an Asian cooking course on offer.  I'd never taken a cooking course with the USO
but thought, "Why not?"
I am so glad that I did! 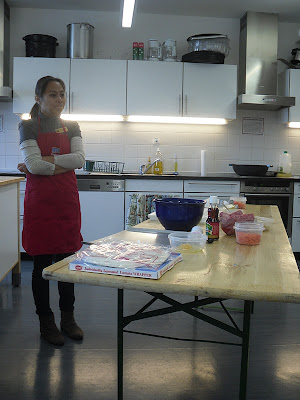 Our teacher for the day Cecile was from the Philippines.
She taught us how to make pork egg rolls. 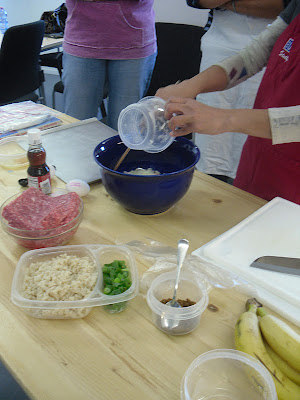 She had precut the ingredients to save time and 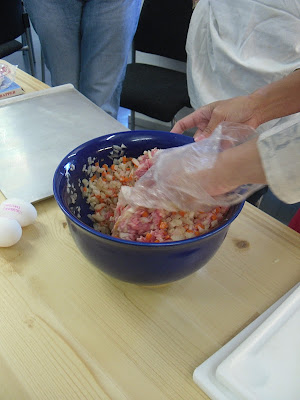 combined them in front of us in the USO kitchen. 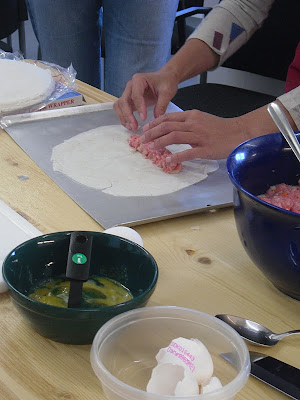 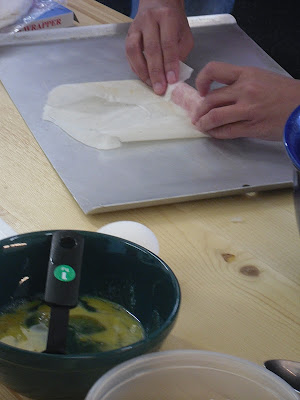 how to carefully roll the mixture up. 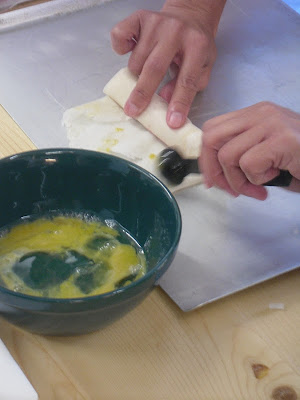 She finished by sealing with egg mixture.
That was the glue to hold the roll shut. 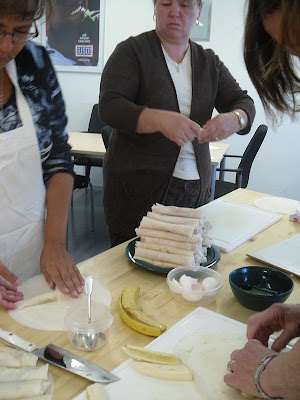 We all got "stuck in" and had great fun rolling
our egg rolls. 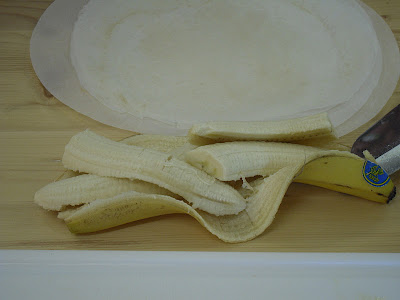 Cecile even gave us a bonus lesson in banana rolls. 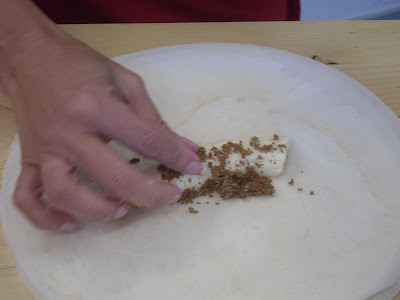 She sprinkled brown sugar and cinnamon over the banana
and rolled it the same way as our pork egg rolls. 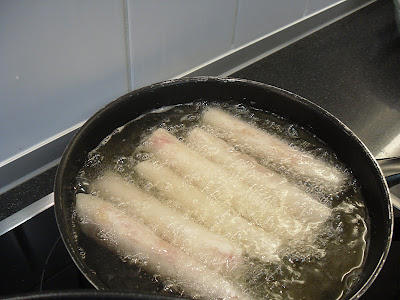 Cecile then fried the egg rolls in about three cups of
Cannola oil. 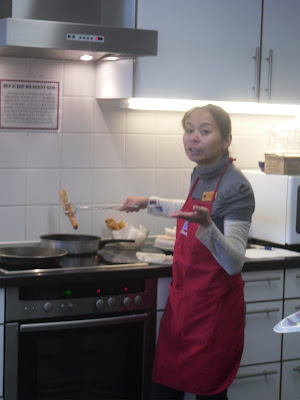 Here she explains the technique! 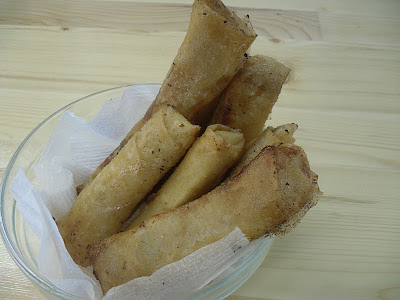 The finished product!
OH MY, were they good! 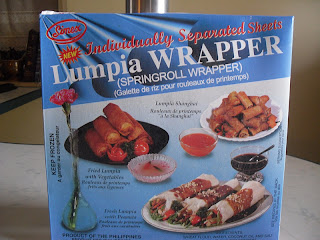 I didn't want to give out Cecile's recipe, because people
paid a nominal fee for her course but, if you want to try
your hand at homemade egg rolls, you will find the
Lumpia wrappers in the frozen section at the commissary, near the frozen pizza.
On the back you'll find a pork roll recipe that is quite similar to
Cecile's recipe. If you don't have access to a commissary,
I'm told that any Asian market will have what you are looking for. 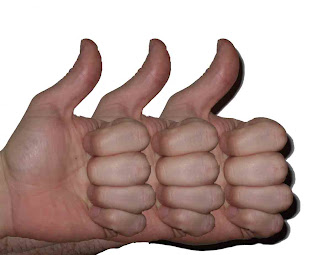 Last night I made these for Mac and he "raved on" about how good they were.
He gives them three thumbs up and says, "Give it a try, they were even better than the ones I've  had in restaurants!"
Posted by Mimi at 10:56 AM