After leaving the Cailler Chocolate Factory, Rich and Terry pointed the car in the direction of
medieval town of Gruyères, Switzerland.
This village boasts awe inspiring views. 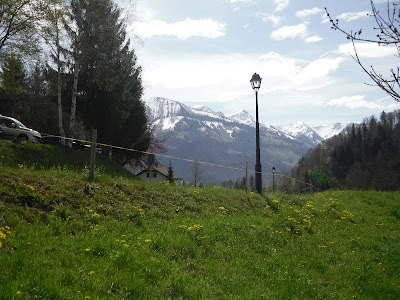 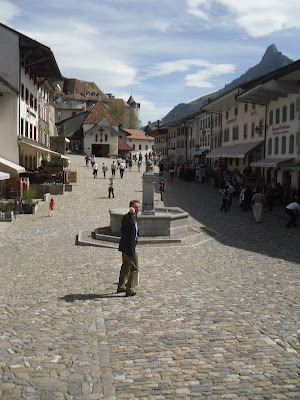 The town center is storybook quaint and takes you back in time.
Being that this is the area where Gruyère cheese is made, all the restaurants here serve fondue, quiches, raclette and a special macaroni and cheese. 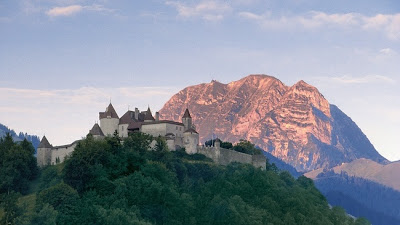 Inside the 13th century castle is a museum covering eight centuries of the history and culture of the Gruyères region. In the second, smaller castle, St. Germain, is the HR Giger museum.
I thought I had never heard of Mr. Giger, but I soon realized I did indeed know some of his work.
Many of us will never forget seeing the movie ALIEN in 1979. Quite frankly, it scared me to death!
This was a science fiction movie by Ridley Scott.  Mr. Scott chose the Swiss artist and designer HR Giger to create the fantasty figures and "alien" environment for his movie. In 1980, Giger won the prestigious Academy Award for the
Best Achievement in Visual Effects
for the movie ALIEN. 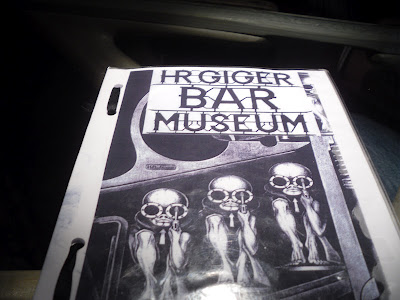 The museum contains the largest existing collection of the works of HR Giger: paintings, sculptures, furnishings.  It even has some film sets. 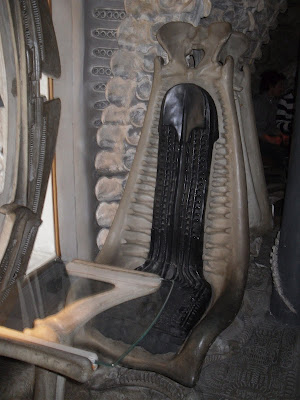 The ALIEN BAR opposite the museum, is designed like the alien spaceship inside.
Since you may only take pictures if you are a patron we went in and ordered some soft drinks.
It was a bit too early in the day to partake of alcohol, I thought. 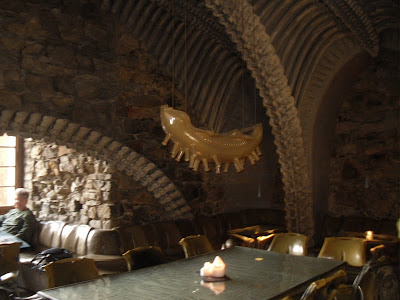 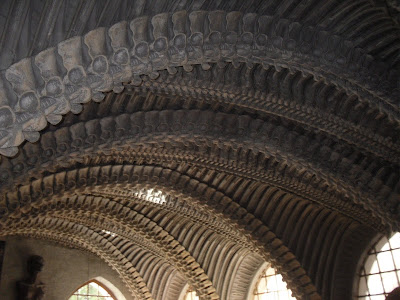 Looking at the ceilings you can easily imagine that you were in the
Alien Spaceship. 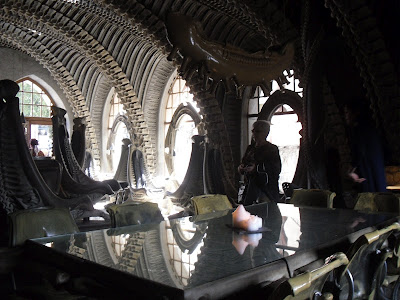 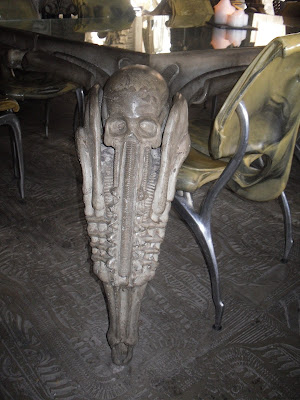 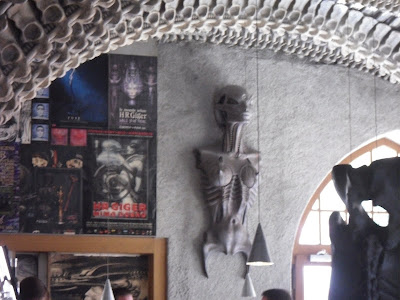 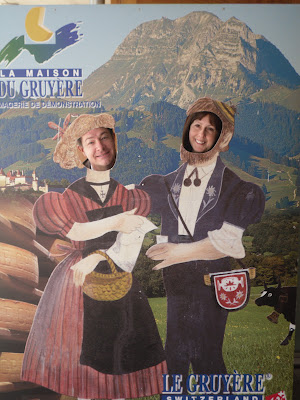 Mac and I enjoyed our time in Gruyères.  It's worth a visit for the food but, if you are a GIGER fan, then you NEED to come and see this all for yourself.