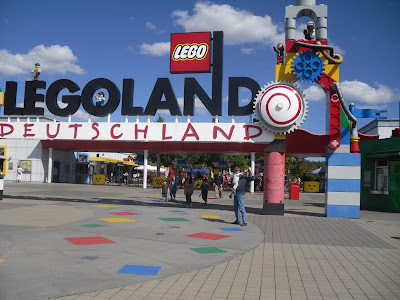 I must start this blog by saying, "If you have children and live near a Legoland, this is a MUST see location!"
Our daughter Amy and family were visiting from England and we decided to take them to the park.
It's about an hour from Stuttgart, near Ulm.
We weren't sure what to expect never having been there before, but what a wonderful
surprise this park was. 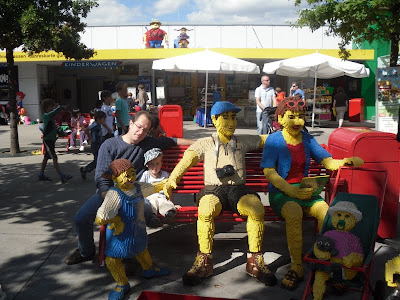 Here Granddad Mac and Jonah join the lego tourists for a photo op.
Remember you can click on any of these photos to enlarge them and get a better view. 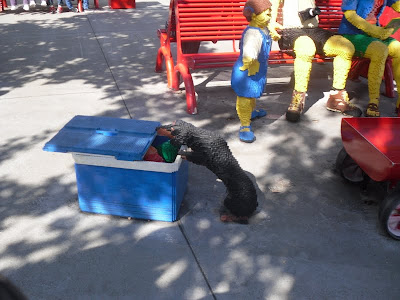 Look at this, a lego dog peering into a lego cooler. 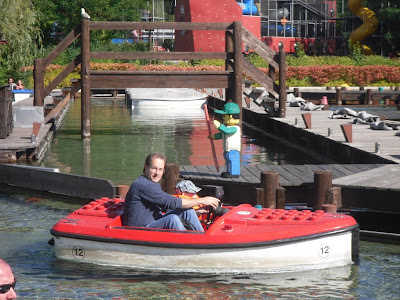 Of course, the rides were a big attraction.  Here are Mac and Jonah on their lego boat ride. 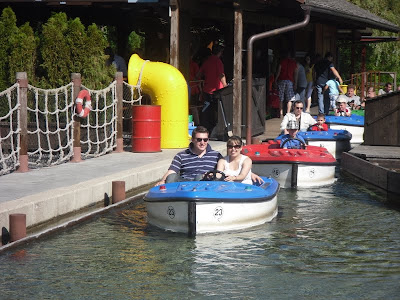 Even Amy and Chris got in on the fun. 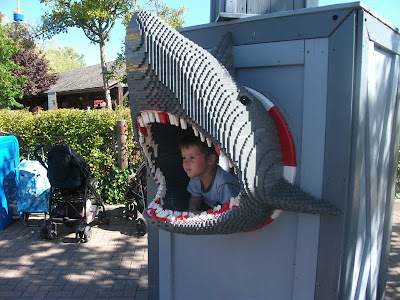 I snapped this photo as little Jonah crawled into the mouth of a big lego fish.....
he's aptly named for this photo op! 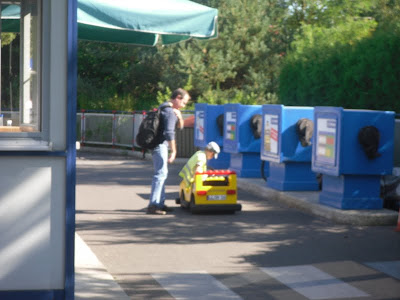 Jonah even drove a lego car for the first time. 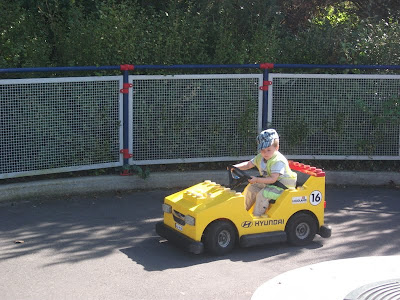 He took it very seriously. 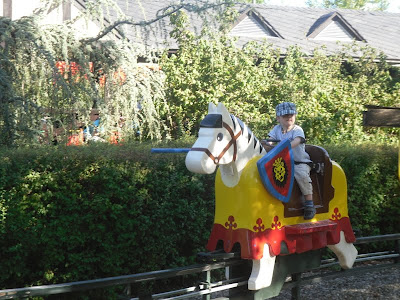 He rode a lego horse in the Knight's Kingdom, but was very miffed he was too small to go on the roller coasters. 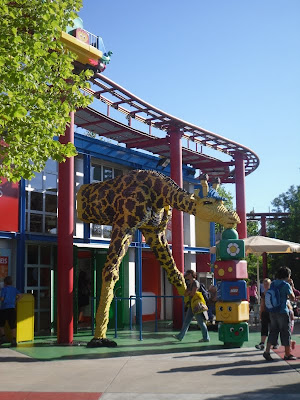 Everywhere you look, you wonder at these lego creations. 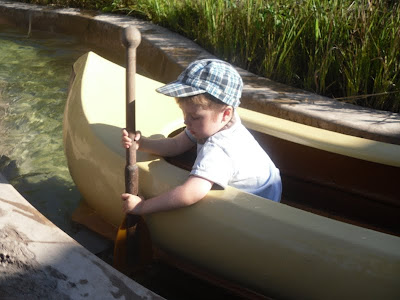 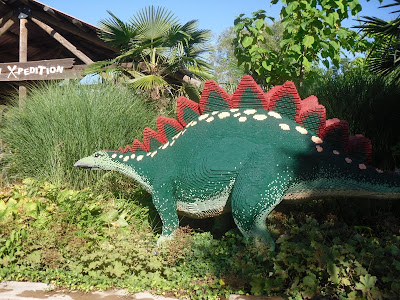 I thought this lego dinosaur was amazing. 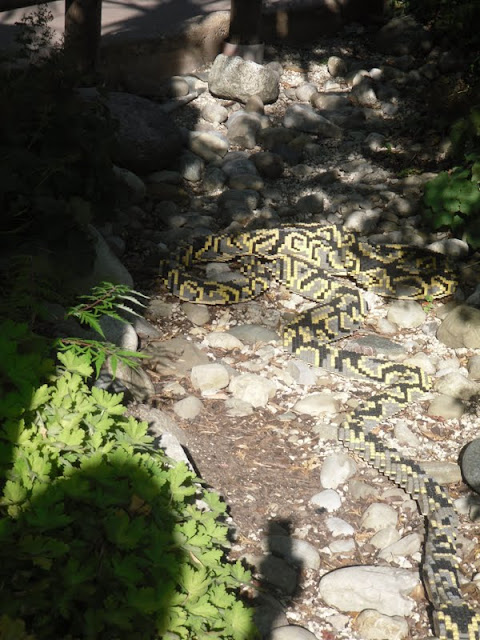 Just look at this lego snake! 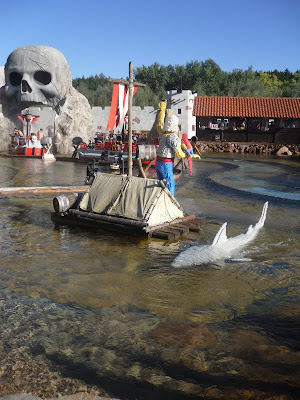 In the Water Park area, a lego shark circles a raft. 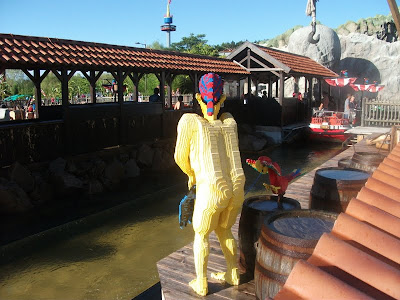 This naughty, naked pirate was near one of the rides.
Don't worry, he was covering his what-nots. 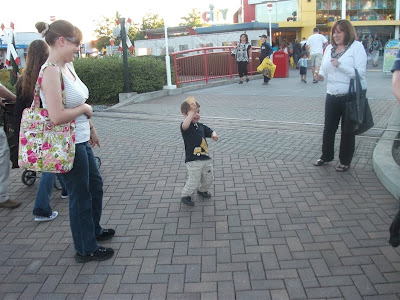 Granddad Mac bought Jonah a LARGE ice cream cone and Jonah stopped to do his "happy dance" for his mother and Mimi.  I must say that other people in the park stopped to watch him too and found it quite amusing! 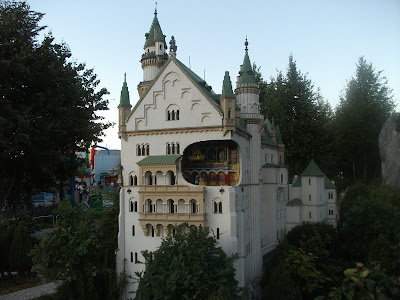 As Jonah ate his ice cream, we walked around "miniland"
where they had built Newschwanstein Castle in Lego.

They even had little waltzing figures in the castle. 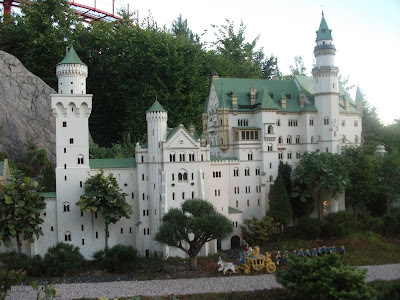 Another view of the castle. 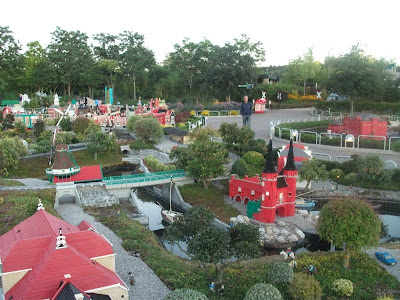 This "Miniland" was filled with European cites recreated
in lego. 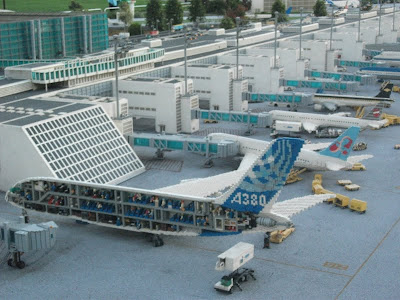 They even made Munich Airport out of lego, 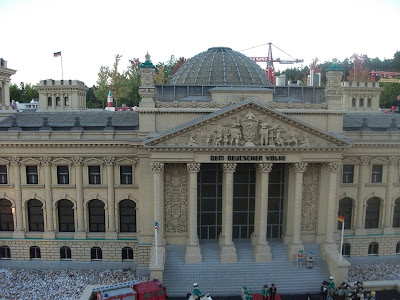 as well as the beautiful old buildings in Berlin 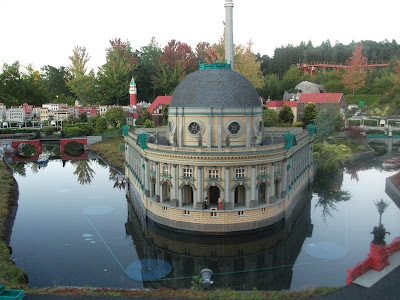 in lego!  Amazing isn't it? 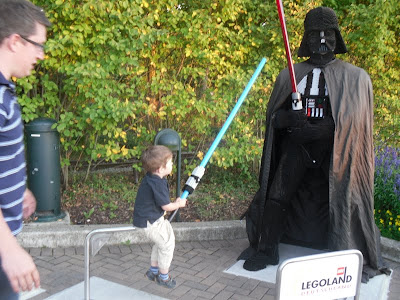 Jonah had a go at Darth Vader 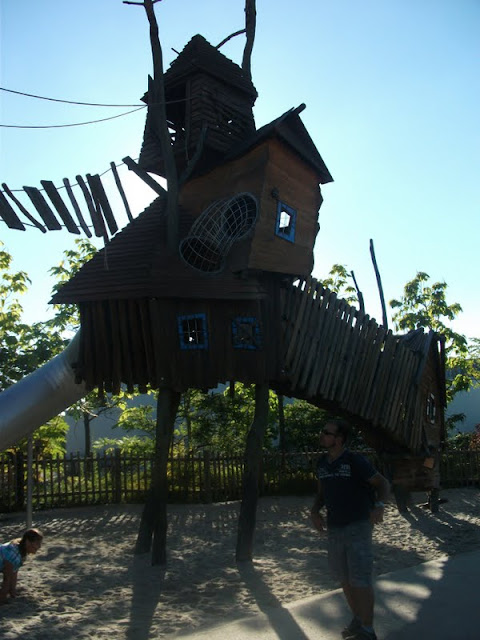 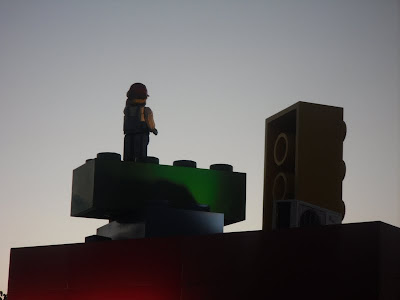 we decided to call it a day as the sun sank over
Legoland, Deutchland.
What a wonderful, memorable day for us all.